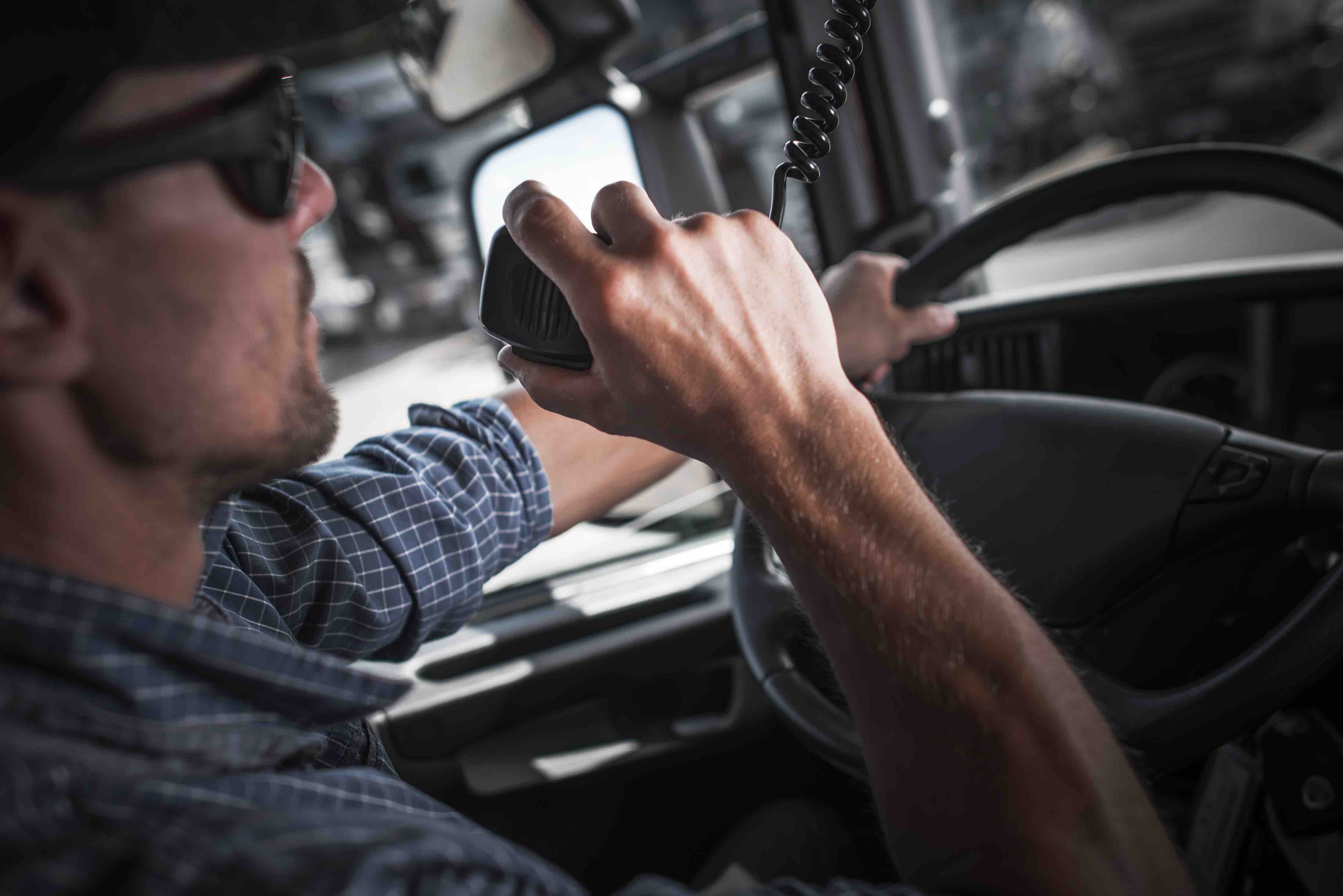 Being on the road for a long time can get tiring and boring. But, for many truckers, there are some exciting ways they can make it fun! Unlike most regular drivers, a truck driver's job requires them to be on the road for long periods, sometimes even throughout the whole day. This makes seeing and experiencing the same this over and over again super relatable to other truck drivers. This is why they decided to come up with some trucking terms that anyone driving on the road in a big truck could relate to and laugh about. Here's a glossary of the 20 trucking terms you should know before you become a truck driver.

Let's see if you can guess what this term is used for. It's not really what you'd think right off the bat, but it sure does make sense once you understand what it symbolizes. You know those times you're driving, and you see a shredded tire on the road? That's a gator. Truckers call it this because, like gators if you run it over it will snap back at ya. You wouldn't want to be stuck with a gator under the wheel.

Can you guess what this one means? It's a lot easier to guess than it looks. A wiggle wagon is a semi that's hooked to 2 or more trailers. Thus the name wiggle wagon. This can also be referred to as the "road train." It's also pretty hilarious when added on to some of the other trucking terms.

One of the things every trucker has to do everyday is stop at a truck stop for a bathroom break. But that wouldn't be fun to say on the radio with your other trucking buds. Just as we suspected they came up with a name for using the bathroom and they call it paying the water bill. I don’t know about you guys but to me that’s quite clever. I may even start using this one when I need to use the bathroom.

It's pretty common for multiple semi-trucks to be driving on the same road together, but the scary part is when there are three semi-trucks, and the one in the middle is riding the same speed as the other ones. That's what it's like riding a cradle as far as trucking terms go. It doesn't sound too fun to me, but who knows, maybe it's a lot more appealing than it sounds.

While this one doesn't fit well with the meaning anymore, it's still used nowadays as a reference. The double nickel term was first used when interstates had a standard preference of 55 mph. Since then, speed limits changed, but the terms stayed the same.

From the looks of this term, you'd probably be thinking, "What in the world are truckers doing feeding bears." But, hold onto your belts, truckers don't actually feed bears, besides when would they have time for that? The term feeding the bears is actually referring to getting pulled over by a cop. Yup, that's right cops are considered bears in the trucking term glossary.

Truckers are usually stuck in the county they are doing jobs for, and that means they have to deal with a lot of the big time county cops. So, of course, they would get a nickname too. A city cop is known as a Local Yokel in trucking terms.

You probably think this has something to do with the seat, right? Maybe something that is on top of it or covering it? You got that part right, but perhaps not in the way you think. A seat cover in trucking terms is considered a pretty girl in the car on the side of you or even a passenger. Definitely not what you thought.

Take a second to think about this one. At first glance you must have thought it would be something like a polish or lotion used for truckers. That's where you're wrong. This term means filling the tank with fuel. It's called this because, as a trucker, you have to be in motion continually, and to do that, you need fuel. As far as the lotion goes, it was probably just chosen because of the catchy sound when it's put with the word motion.

Georgia Overdrive is a trucking term that doesn't match its meaning; in fact, it doesn't even have anything to do with Georgia or overdrive. Instead, it means driving down a hill without pushing the accelerator to save gas. It is a catchy phrase though.

This one by far has to be my favorite term used by truckers. First off because it's way stinking hilarious hearing it in a conversation and second because it's pretty clever. Kojak with a Kodak is actually the term used to describe a policeman with a radar gun. See? Isn't that clever?

Truck drivers have to drive through narrow bridges every once in a while, but it's a tight fit, and that is why it's named after a credit card machine with enough room to swipe. Though we wish this had something to do with spending easy money, it's pretty nerve-wracking to think about pulling an enormous truck through a narrow bridge. We all feel for you truckers.

The bear den, like most bear slangs in the trucker terms, the word bear is referring to police officers. But, more specifically, the place where they hang out. Stations and other buildings that have policemen inside are called bear dens.

You probably know by now that this term like this refers to cops. Truckers are pretty consistent with their terms and it just makes it that more hilarious. Bear bait, however, refers to people driving a car, or speeding through lanes. This is because it makes us bear bait for the truckers.

Truck drivers don’t usually get a lot of mail, considering they practically live in their trucks most of the days. So, what could they mean by reading the mail? Well, there's a CB station on the radio where truckers get to talk to one another. Someone who just sits back and listens without being involved in the conversation is referred to as someone reading the mail.

When I first heard this term I immediately thought of “Mr. Bean’s Holiday.” I was almost confident it was something to do with sleeping on the wheel. But, to my sad realization it was about carrying logs on the back of a semi. Makes sense though, they do kinda look like toothpicks on the back of the truck.

Hearing about this term makes me a bit nervous around big trucks. A suiside jockey is a truck driver carrying poisonous or hazardous chemicals on the back of their truck.

Because truckers are on the road for days at a time they get to deal with bad traffic daily. But, there are, however, times when a trucker gets lucky and has no traffic or policemen on the roads. When this happens it is called a clean shot because they can speed freely without getting pulled over or having traffic in the way.

C.T.C Trucking is hiring drivers! If you are in the state of Utah and are interested in driving a truck without having to be on the road for days at a time, This is the job for you. Call us today at (801) 298-0324 or contact us online.