Everything You Need to Know About Truck Stop Showers 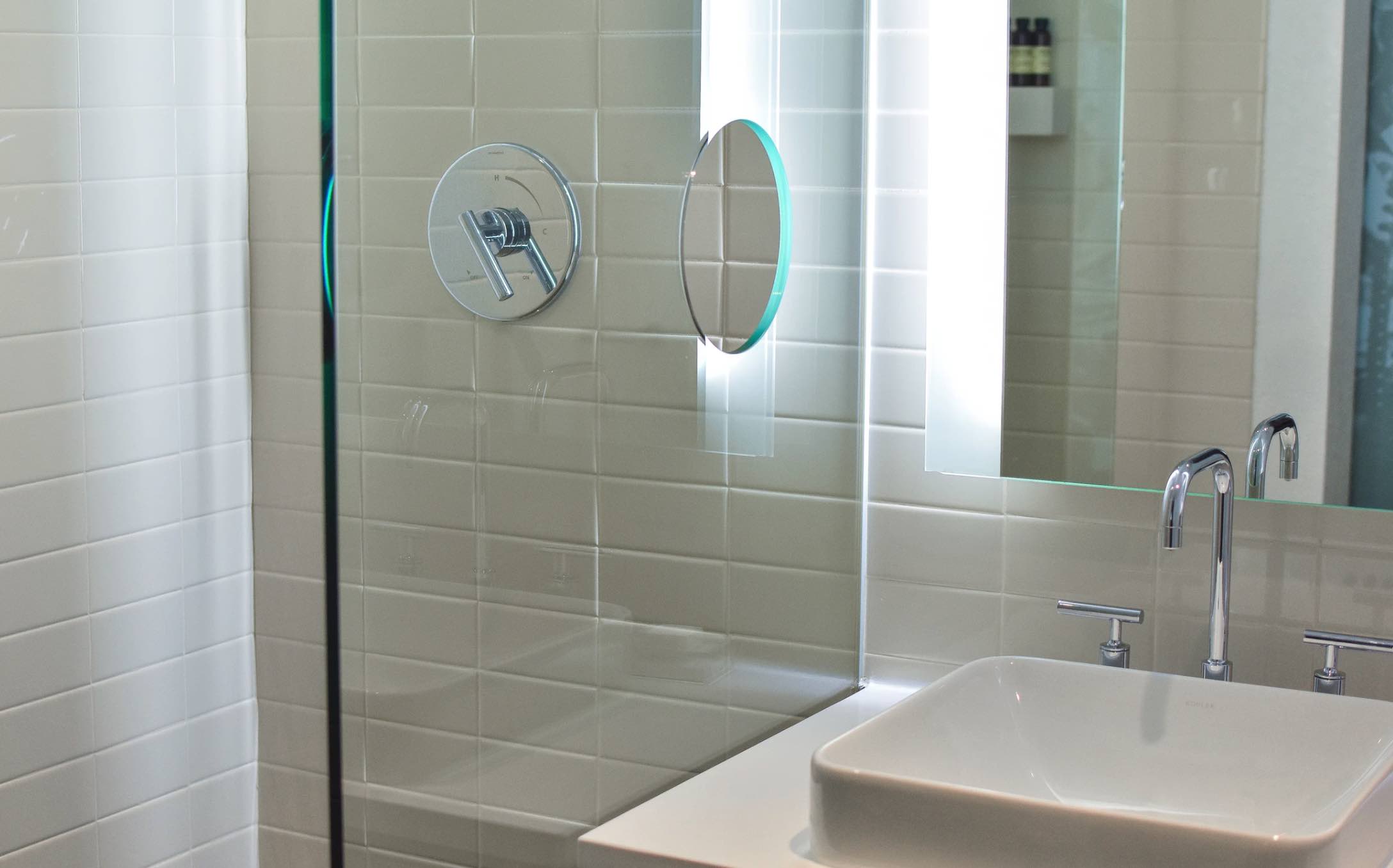 Traveling for long periods can be rough for both truckers and non-truck drivers alike, especially when you haven't had a nice shower for multiple days at a time. While truck stop showers were initially created for truckers, they can also be used for others needing a fresh cleanup.

Truckstop showers are very popular in the truck stop industry, and they are used at least once by almost every truck driver. It might be frightening to enter a truck stop to buy a shower for the first time, especially when you have no idea what to expect. Thanks to this guide, you won't need to be worried. Here is everything you need to know about truck stop showers and how to have the proper etiquette if you're a non-trucker wanting to shower at a truck stop.

What is a truck stop shower?

What is inside a truck stop shower?

When walking into a truck stop shower, you will see two sections; one is the bathroom section and the other a shower section. The bathroom section will usually have a sink, toilet, blow dryer, mirror, fan, stole, hooks, and occasionally small mints to enjoy after your shower. For the most part, they are very clean and professional.

How to Use a Truck Stop Shower

To start, you will want to go up to the front counter and tell them you would like to purchase a shower. Once you've paid for the shower, they will give you a ticket with a number that tells you when it is ready. Depending on the place you go to, you will usually receive a code as well that lets you enter the room to shower in. If the rooms are full, you may have to wait for a while before your turn.

While you wait, there is usually a small lounge for you to hang out in. Some truck stops will have games for truckers to play while they wait for their shower. If you aren't interested in playing games or sitting down to wait, you can wander around the store or even get in a quick meal.

When your shower is ready, they will call out your number or have it appear on a screen for you to see. When you are ready, someone will show you to your shower room or give you a door number, and you will be able to type in your code to enter. Which is why you must make sure not to lose the ticket "receipt" they give you.

What to bring to a truck stop shower

When you go to a truck stop shower, you may want to have a shower caddy with you. They will usually provide a complimentary bar of soap and some soaps you can use to wash off inside the shower. Because most truck stops will have a dispenser for their shampoo and conditioner rather than small complimentary bottles, it is not recommended you use the soap provided. Instead, you should bring your own soap to make up for it. Besides that, here's a detailed list of items you may want to bring with you in the shower.

As mentioned in the previous paragraph, the complimentary shampoo inside the shower will usually come from a dispenser. Because of this, it's possible that it may have been tampered with by another customer. To ensure your health and safety, it's wise you bring your own shampoo.

Although rags are switched out and washed after every use, some suggest bringing an extra rag just in case, especially if you plan to use a truck stop shower that's not part of a branded chain.

Shower slippers are slip-on flip flops designed to protect your feet from germs on tiles or flooring during a shower. You never know what the person before you may have been carrying on their feet before they took a shower. Although the showers are cleaned after every use, it's nice to be safe.

Let's be honest none of us want to exit a truck stop shower looking like a rag doll, especially for you girl. Bringing a hairbrush can tame the snarls and help you exit looking clean and chic.

If you wear contacts often, you'll want to have a contact case just in case you don't want one to get lost during your shower accidentally.

Just like a contact case, you don't want to be stuck without a way to apply your contacts after your shower.

A bathrobe is great for someone who wants to spend time after their shower freshening up by the mirror.

Getting cleaned up isn't just about showering, and it's best to freshen up the best you can. Brushing your teeth after a shower will help you feel clean and fresh.

If you're one of those people that like the feel of a scrubber more than a rag, you may want to bring one to the shower with you. Most truck stop showers don't come with a fresh scrubber for you to use.

Yes! Most people think that truck showers are dirty rooms with a shower head stuck to a wall, but truck stop showers are usually clean and have a very very professional look. When you purchase a shower, you will have a door lock that ensures no one can enter while you are in there. After you are done, a janitor cleans the room again before the next use to make sure that it's sanitized and ready for the next shower. When you enter the shower you will have to enter a code to get into the room. Without this code, there's no way that anyone can get in. They also have clean towels that you will be able to use as needed. Most Truck stops showers resemble a professional hotel, and usually offer free showers if you pay more than $50 in diesel fuel.

Can truck stop showers be used by anyone?

Truckstop showers were made for truckers, but anyone can use them. It's nice to know that you have a place to stop if you've been on a long trip heading into a new state or are just going on a road trip. Truck stops aren't just for truckers, so don't be scared to purchase one.

As stated in the previous paragraph, most of the people using truck stops are truckers, and they usually will be getting a shower after a long hard day on the road. Always be respectful and let a truck driver use the shower before you if there is a long line. Refrain from any usage of negative feedback or words. It can get very frustrating for a truck driver to feel unappreciated and to be treated rudely. They do a lot for our country, and you can return the favor by showing respect.

How Much are Truck Stop Showers?

You've probably been wondering how much truck stop showers cost. The cost of truck stop showers will usually range anywhere from $12 to $15 depending on the place you go to. This may seem pretty steep, but let's be honest, it's a lot cheaper than buying a shower at a campground, and it's way tidier. Just a tip, if you are planning to gas up at the truck stop as well, you can usually get a free shower if you spend $50 or more on diesel fuel.

Flying J is a great place to stop for a nice professional hot shower. They pride themselves in owning some of the most delightful truck stop showers around.

"There's something to be said for a nice hot shower after a few hundred miles. And, with Shower Power, that something is "FREE." Fuel over 1,000 gallons in a month, earn a FREE shower a day. Additionally, there will be a 10-day expiration on all earned shower credits." -Flying J

Loves is another excellent place to go if you need a hot shower. They also have truck stops all around the united states.

Clearwater Travel Plaza has clean private showers with a free shower with fuel purchase. The only sad thing about ClearWater is they only have one location in Minnesota.

"If you haven't had the chance to shower at C.T.P., I highly recommend giving it a try. It's about as close to feeling like home as it gets." -Clearwater Travel Plaza

"After a long day on the road, a truck stop with clean, spacious, and modern shower accommodations seals the deal. You can rest assured that each time you enjoy our showers, they are in tip-top shape." -ClearWater Plaza

TravelCenters of America is another truck stop with showers all around the United States. Any member who buys up to 1,500 gallons of fuel can redeem their credits for a shower or a meal of up to $14.

Thank you for reading this article. If you are interested in working for a trucking company with your best interest at heart, C.T.C Trucking is the place for you. We do our best to give you time with your family and happiness in your workspace. To apply for a job, you can call us at (801) 461-9746 or contact us online.